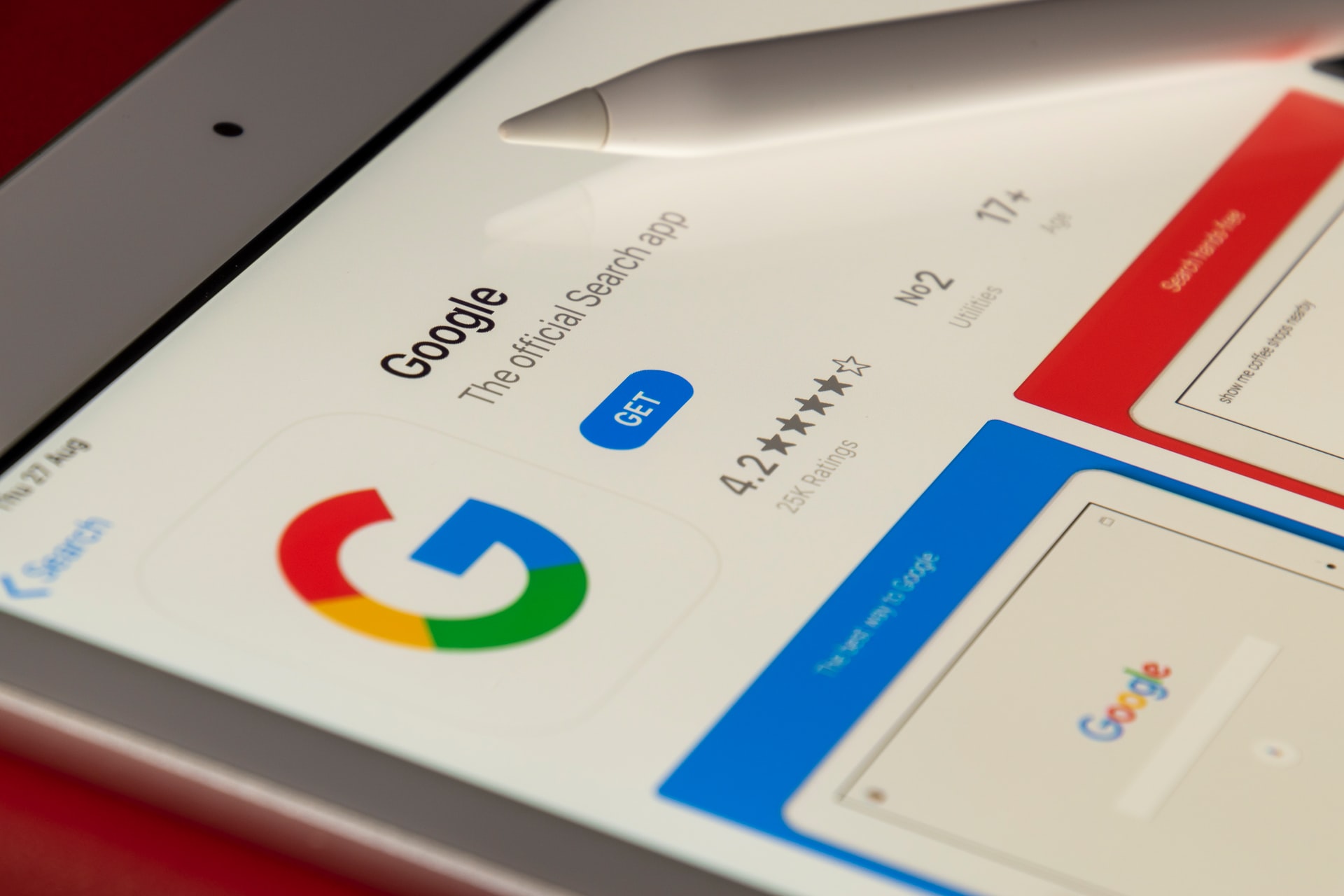 Core Web Vitals are a set of user-specific factors such as a speed-oriented graphical indicator for a website to measure website functionality. Google used to use customer experience to judge a site's user experience. If a site scores "excellent" for all three Core Web vitals, it has passed Core Web. Google is offering the latest addition Core Vitals a group of signals that Google uses to grade page experience " page quality " Web vitals are now a ranking element for Google searching as part. We will explain How to quantify the value of Core Web Vitals in another article.

Why is Google making these updates?

Google will release even more Core updates in 2021 which suggests the company might be taking more drastic steps into the next 10-year span than expected. Google is saying that if any website conforms to new standards the users are 24% less likely to abandon the site. These two minor updates to Google's algorithm are similar to oil changes and tire rotations — which doesn't deserve a cry. On the other hand pages, experience signal changes are more like a brake job that’s a little expensive but worth paying attention to in the long term. Google has set two core updates for rollout over the. It is important to note that such updates are much less important and shouldn't drastically affect your online presence.

In a market where content is king, Google has been making changes to ensure the quality of its search results. This year alone we have seen multiple updates that have greatly impacted how websites rank for certain keywords or phrases in order to achieve high visibility on SERPs (search engine result pages).

The phrase “content is king” has been a common mantra in the world of SEO for years. In fact, it was so popular that many companies even started using this as their sole means to get ranked on Google! But with recent updates from Google and an intense amount of website optimization being performed by businesses alike these days? It seems like something they may want to take back - at least when there are other factors out there impacting how well you rank.

Jordan Koene, an SEO Strategist and Advisor at Searchmetrics shared his insights on the three ways that search engine optimization has changed in this year's webinar. He also discussed why it matters for your company to create growth with good ol' fashioned hard work - not just relying on magical algorithms from Google or Facebook.

Here’s a recap of the webinar presentation.

This year, Google has been forward about changes that they’ve made to search.

Google has made several changes in the past 12 months. One of these, T5 text-to-text transfer transformations with how they’ve developed faster ways for processing information from a linguistic perspective or even meaning and intent is due to MUM allowing them to move through that process at much higher speeds than before.

The reason why MUM and technologies like MUM are important to Google is that it advances their ability to impact businesses.

According to Google's official stats, the number of U.S businesses grew from around 29 million in 2018 to 32 million by 2020 - but only 17million or less than half are actually served with services like search engine optimization (SERP) and YouTube that allow them to advertise their products on these platforms for free advertising opportunities!

A mere 2% percent enjoy all benefits available based on ads alone; most go without because they don't know how important this step really is when growing your own business internationally as well.

Search engine optimization is about more than just keywords. As Google speeds up their pace and speed at which they do these changes, businesses should be focusing on optimizing for high-quality content that will get them the traffic they desire instead of trying to rank higher by keyword stuffing or using low-value links from article spinner services in an attempt increase ranking positions

Contrary opinions: Some say SEO shouldn't focus so much on numbers but rather on quality because it's what Google looks out for when indexing pages; And secondly not all sites need heavy amounts of social media promotion simply having good page titles & descriptions can help you rise.

What People Are Searching For: Live Events

There is a massive year-over-year growth in concert, show, and stadium-related keywords and terms.

How are you generating traffic and awareness from your keywords? Is there anything that stands out, or is it all very quiet on the SEO front for now?  Keyword performance has always been important but today's ranking factors have made this so much easier than ever before. The keyword you are focused on now is far more important to your success than the amount of traffic and awareness it will generate. The performance of a set in a particular topic has been found by marketers today as being far greater impactful than our ability for us to go out there securing new keywords with these great resources available at hand.

What People Are Searching For: In-Store Shopping

Google is processing information about what pages and content to show at a much faster pace. Understanding these search patterns can be helpful for data points on how we manage our expectations during pandemics, especially with outdoor dining being one that experiences less success as compared to other types of restaurants due to constrictive restraints consumers felt inside their homes instead of going out into public spaces where they could interact more freely without feeling restricted by others' behaviors or attitudes towards them. Unaware, people don't realize just how powerful Google Search Engine has become over the years in terms of not only related but also having an effect outside its core functionality - ranking webpages based on external signals such as quality or relevance when determining which result appears higher up in response time.

Google SERP Features & the Road Ahead

The world of SEO has changed dramatically, and Google’s SERP features are at the heart.  This is because they have become one of the most significant assets that can change how you do business in this landscape-changing era for search engine advertising (SEM).

Google now has the ability to identify when and where site links should appear in response to non-branded search queries utilizing MUM. As a result, Google's SERP features are more robust; this means we can leverage our brand focus of late without unduly limiting traffic from them for an undetermined amount time period or until such point as they move on once again as previous changes have done before us (e.g., Bing).

Google now has a new feature to help non-branded search queries that will generate more site links. The idea is by understanding where and when they should be placed, Google can create better rankings for your brand in the SERP so it's not necessarily an issue if you want traffic from searches anymore.

Our ability to develop new strategies is a key factor in determining how well you will be able to automate processes. For example, many companies use FAQs or their SEO optimized core navigational pages when they need more traffic on certain links that have been less popular lately without any additional work from website staff members who might not know what these things are called internally but could find success with them externally by leveraging outside resources like Google's algorithm updates over time.

The dynamic market demands faster, more targeted decision-making than ever before.

For example: when you are looking for a job it can be tough to find the right candidate in time, but with all of these new technologies at our disposal we should have no problem finding them even quicker.

These assets are not only great for traffic and awareness in Google but they can also serve as a means of increasing brand equity.

Searchmetrics did a study across 2 million URLs, looking at how performance sites are in Google. They found that only 4% of the websites performed well enough to be called "good."

You are sitting in a place where Google has become much more vocal about the expectations around core web vitals, but also performance. Simply being fast doesn't necessarily mean that you get more traffic than other websites with less functionality or design considerations for users' experience.

The search engine giant is now stressing both speed and quality when ranking pages on its SERPs (search engine results page), so it's important to keep up-to-date not only what your site does well, but how quickly they can do these tasks.

A move from defense to offense for Google.

It’s time to stop playing defense and start moving onto offense. We can do this by creating an in-depth strategy that boils down our collective efforts into something that is both effective at meeting Google's expectations as well enough for the competitive needs necessary when trying not just be faster than our opponents, but also more focused on what they want us too which will ultimately help get us ahead of them during rankings season.

How to Create Growth?

Out of the billions of searches that happen on a given day, 15% are new to Google. This is an exciting number because it dramatically contrasts last year's 20%, which shows just how much things have changed in such little time! Now we need to focus our efforts more specifically than ever before - not only reaching out with content but also investing wisely into SEO practices so as not to be left behind when everyone else moves their business online (as if they were waiting until now).

In today's world, it is no longer enough to have great content on your website. You need a strategic approach that goes beyond just posting new articles or updating older ones with a fresh copy if you hope for high rankings in Google search engine results pages (SERPs). Google searches are changed daily, and it's important for your content to be up-to-date or risk being left in the dust. You can learn about Google search by reading this article on how they evolve over time--and what you need when trying to rank at their top! 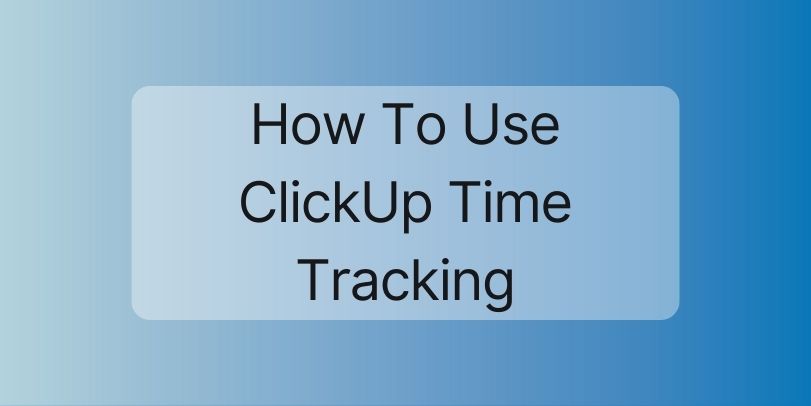 How To Use ClickUp Time Tracking

Get great insight from our expert team.
Thank you! Your submission has been received!
Oops! Something went wrong while submitting the form.
By signing up you agree to our Terms & Conditions